The fabulous folks of the Greater Madison Writing Project have been writing marathon fans for a while and have been some of my favorite marathon companions on both official and rogue marathons at National Writing Project Annual Meetings over the years.  So, it was a great pleasure to finally be on a marathon with the Madison folks in Madison, Wisconsin–an amazing city with a strong sense of place and an incredible history full of protest and beer–and the site of the first National Writing Project Midwest Conference.

The UW Madison campus also has one of the most stunning student unions I have ever seen.  It sits on lake Mendota and boasts not just a stunning view but the grand Memorial Union Terrace that goes on and on along the lakeshore.  College students, alumni, and community folks alike flock to this fantastic public space to sit a spell, watch the sailboats skim the sunset, and pass a pitcher of delicious local beer.  It was here that I had my marathon epiphany about public spaces and also how I found the inspiration for PLWP’s Pizza and Pedagogy book club (adapted from the GMWP’s Pizza and Pedagogy tradition).

Ah, a wet campus! How rare and how delightfully civilized.

A woman at a nearby table shouts into her phone, “We’re at the Terrace, bitches!” She is one of hundreds and hundreds enjoying the summer sun and the grandest of Madison scenes.  It’s lively but chill, full of people with a committed sense of valuing this cherished public space.

I’m starting to see how so many massive progressive protests could take root here in Madison, with a terrace like this.  People coming together, communing by the water, communing over beer and brats and the soothing sight of sailboats– mamas with babies on hips and shirtless frat bros and seniors and everyone in between. 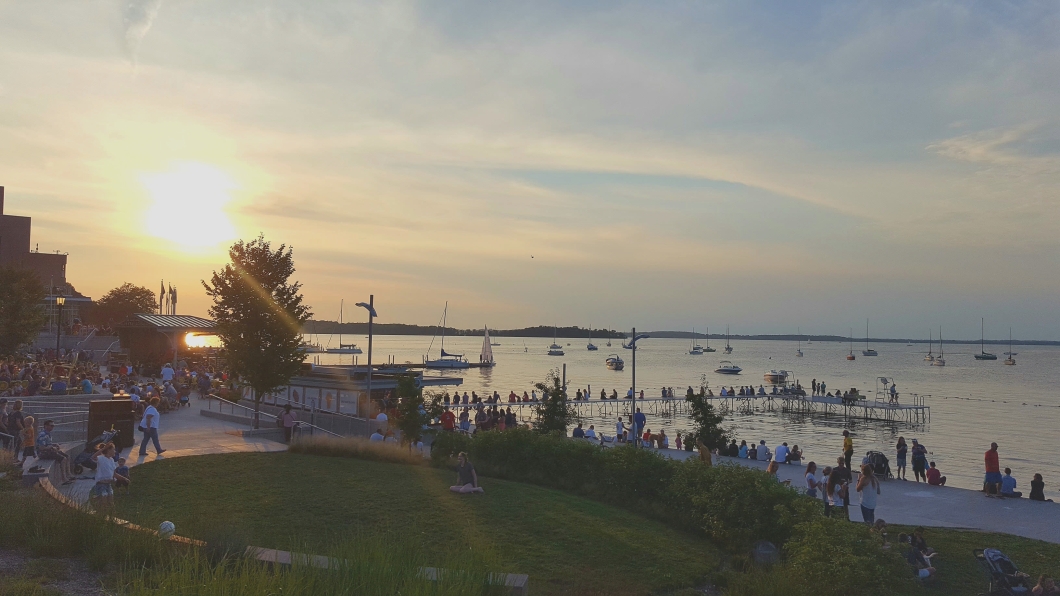 Amy says, “We need a Terrace. Why don’t we have a Terrace?”

“We could have a Terrace,” I reply. 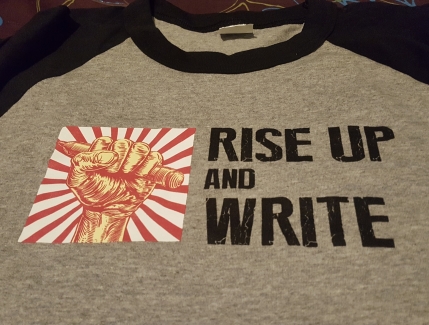 Yes, we do have a river, and one undergoing some kind of development (which could be good or could be bad).  Our scrappy little town of Saint Joseph.  Beaten down with plant closures and failed school levies and corrupt administrators.  We need a Terrace more than most…

5:25 p.m. outside the University Club on Library Mall

There was a pulpit here, Mark says, where people would come and speak to the masses.  He tells the story of Brother Jed, who thrilled crowds of thousands gather to hear him and to hear the hecklers. His successor, Sister Susie, was less successful.  Go figure.

Now that I think it through, our scrappy little Saint Joseph needs a terrace and a pulpit.  We are short on good jobs and school funding but long on character.  I can’t imagine it would take long at all for our colorful local celebrities to find or construct a pulpit and to preach the gospels we all need to hear.

Thanks and Kudos to Mark Dziedzic, Bryn Orum, Mark Nepper, Beth Torrison, and all the other beautiful GMWP folks who made the conference and the marathon possible.  I was humbled and inspired by your fair city and your warm hospitality!  Thanks, too to PLWP Co-Director Amy Miller for being such an awesome co-presenter and roadtrip buddy.