I’m going to stop telling people about the koi pond.  I haven’t seen koi here for a while.  But someone has added a few things since that last time I was here.  A plastic duckie and a few abalone shells.  The duckie looks strangely at home, gently bobbing against the concrete sides of the pond.  The shells are glittering beautifully at the bottom, their mother-of-pearl reflecting back the overhead lighting.

I see a plaque on the wall of Harold Winfred Manter, a famous parasitologist and former teacher at UNL.  The building is named in his honor, but I wonder if he also donated some money.  If I ever have money to donate to UNL, I will give some to Manter Hall to fix these lights above the non-koi pond.  These are the worst-sounding lights I have ever heard– a horrible buzzing completely at odds with the peaceful garden below.

I’m thrilled to be exploring a new floor of Arch Hall.  Sam said, “It’s like every floor has its own thing going on.”  And he’s right.  This floor has groovy 60s chairs and a great view of the owl of the old law school facade.  I’m blessed yet again to be in a group of writer-explorers.  Earlier, we found the bridge that connects Manter and Hamilton Halls, then explored the weird signage in the basement chemistry labs.  In Arch Hall, Jessy showed us the awesome third floor grad student lab with its strangely angled beams and piles of architecture projects. 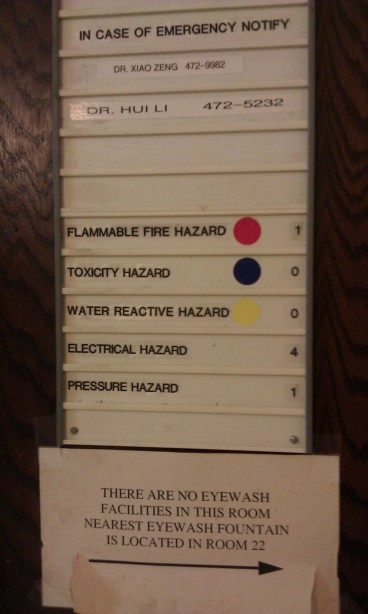 I’m thrilled to hear the question from Robert Brooke, Director of the Nebraska Writing Project, echoing across Architecture Hall’s light-filled atrium: “Hey!  Are you guys writers?”

I’m  even more thrilled to hear Sam’s quick reply: “Yup.  We’re writers!”  Robert gives us a thumbs up sign, then he, his group, and his iconic hat disappear around the stairwell.  It’s a good day to be a writer among writers!

My own group joins the flow of marathon groups coursing back into Andrews Hall.  Today, we are rivers of writers flowing from a common source, gathering up and laying down the rich river-writer silt in the landscapes as we go.